It was a cold night. We were 4 girls returning from our 10th standard tuition classes. As usual, we all sat at the back seat of the bus. Our class had left at 8.30 pm but we had waited at the bus stop for my bus. All my friends had alternative buses to get to their home. I had shifted to our new home which was developing area yet. There was only one bus that left me a few blocks away from my home. After a good amount of waiting, the bus had arrived and we all hopped onto it.

Two of my friends had alighted before me. The bus was getting empty. I sat next to my friend who was at the window seat of the last seats. The bus halted at a stop where a few men boarded the bus. Two boys came to the last seat. My friend was listening to the radio and at the same time talking to me. We were bantering as usual when the boy seating on the other side said something. I looked at him, he said something which I could not comprehend. He pointed at my friend. I asked my friend if she knew the guy. She too looked at him and shook her head. "I think he is telling something about the songs I m listening to" she told me in a confused way. The fat guy next to the one who was talking was continuously staring at us. It made me uneasy. I thought of telling my friend to shift our seat but I knew she would ridicule my extra cautious nature.

My friend got up when the bus was near her stop. I too got up from the seat and sat ahead in the seats reserved for ladies. I forgot all about the two people in the back seat. The people in the bus looked decent and middle aged. I put aside my guards. Perhaps I had been watching too much of crime series!

As I said earlier, the area I had shifted to was newly developed. Few people had moved in to the new flats and most of the buildings were unoccupied. I got down from the front door. Another girl accompanied me. As the bus set in motion, the fat guy approached us. He had climbed down from the back door. He blabbered something which I did not understand. He talked as if he was mentally unstable or maybe mentally retarded. The other girl with me was scared to bits. The fat guy was talking something and pointing at the guy who had talked to us in the bus. I saw him at a distance and I was trembling with fear. What did this people want?

The girl told me to be careful and made her way into
the narrow lanes where row houses were. I put my bag on the 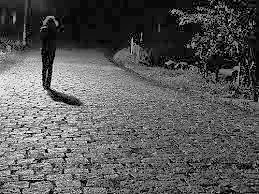 front side and searched for anything that could protect me. I
found a pair of scissors. I grabbed it tightly in my right hand.
The fat guy went running to the other guy.  I had a phone on
myself but I dare not open it and lose sight of anyone near me.
The first thing I did was to cross the road. The police station
was equidistant to my house from the bus stop but it was on
the other way and on the road where that guy was. I walked
briskly towards home.
There was a turn to take. It was the most dangerous part. It might have been about 9.30 pm at night which was not that late, according to Mumbai standards, but the roads were deserted. It was too cold and also the area had only a few people anyway. On one side of the road lay the sewer and on the other side was a stretch of mangrove turning wild. There was no light source and I had to make it in good time before the guy came on my side. I had my heart in my mouth and ran for my life. Once I crossed this path and took a right turn I knew I was safe. I had reached the street were there was light and buildings. The last building was mine. I was shivering by the time I reached the gate of my building and not due to cold. Once I entered the building, the two guards were on the gate and I gathered enough courage to see if I was still followed. No, I did not see anyone.

I cannot bring myself to think what would have happened that night. When I think of the horrid rapes and murders, it chills me to even remember that night. I was only 15 then. I had a mobile but it was too much of a risk to run through the contact lists and call someone. I wish I could alert at the click of a button. I wish I had Smart SURAKSHA.

Ever since that night, I carry a scissor with me, especially while travelling past 7 pm. My area is now so crowded with people and buildings that it is difficult to imagine the scene that was 6 years back. But dangers do not always come with a warning. I had enough time to take out my scissor but if I didn't, I would have been in a very serious situation. I think this app would come handy in such situations where we can send an SOS to people who care for us and can come to our aid. I already have this app and I think I feel a little more secure.

Scary enough....I can relate to it, because I belong to a state notorious for its crime against women and female children alike, despite being one of the most beautiful states in the country with respect to natural and scenic beauty. No prizes for guessing !
Good write up, Maithili ! :)

Miscommunication and crazy hearts can lead to so many heart throbbing experiences, which make us shudder even when we think of what could have happened.
No wonder Smart Suraksha would help!

I don't know about these apps since I have not checked them out. But indeed one cannot be too careful nowadays. I don't care if people call me paranoid, I always carry a pepper spray with me in my purse. That's how the world is.

Good and realistic write up!

It is not the story of a single state, it is the story all over :( That is the grim truth

I do hope Suraksha helps someone in such a situation. One life saved will make all the difference :)

Yes, one can never be too careful in such times. We all do what we can do to save ourselves from becoming another headline :(

Wish you success in this competition... the article was very real and every girl can relate to an experience or two as scary as this .

Thank you Anita. I hope for a time when no girl can relate to this :) 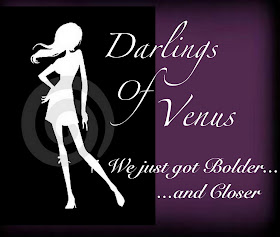